Hair Analysis and the Role of Selenium in Human Metabolic Processes

I have been using hair mineral analysis (HMA) in my practice for the past 8 years and have helped numerous patients feel better and I would like other practitioners to have the same experience. I have been appointed medical director of CanAlt Labs because of the enthusiasm, experience and patient success I have had using HMA in my clinic. I would love nothing more than to help other health practitioners become more comfortable using HMA in their practices. The science is solid, the results reproducible, however there is a lack of knowledge interpreting the results. I first want to start off by saying that HMA is a unique test. There is no other test offered that can show you mineral metabolism, heavy metal toxicity, metabolic acidosis and physiological stress. It can shed light on so many aspects of one's health; henceforth, it has become a standard test in my office.

Most people who come to see health practitioners are seeking help in the area of preventative wellness as well as getting to the root cause of their concerns. At the physiological level, mineral metabolism is a key determinant to wellness. It has been said, "You can trace every disease and every ailment to a mineral deficiency." The reality is, there is no life without minerals like there is no life without water. Using the HMA test is a great way to look at a large number of minerals that mirror the bodily mineral processes in a cost-effective way.

When a patient comes into your office, they may be suffering with skin issues, digestive concerns, weight gain, stress or headaches to name a few common concerns I see. As you sit and listen to them, you conduct your questioning and preliminary observation regarding their health. You may notice that they are not eating optimally and/or they show signs of digestive disturbance which you know can affect their mineral status. You are also aware that the world we live in is becoming more toxic and so toxic exposure can be a possibility for the way they feel.

How to educate patients on the importance of an HMA

I always phrase this to my patients once I hear their concerns. "I cannot see inside your body, and so just like your family physician needs to run blood work to assess cholesterol, sugar levels, triglycerides and the like, an HMA report will help me to see your unique mineral foundation and possible toxic exposure which will help me to be more specific when it comes to assessing and treating you."

From my experience, most of the patients I treat get excited about having this test done (and maybe it's because I get excited in sharing how great this test is). I do believe that as practitioners, we need to be comfortable about ordering tests to get a more complete picture of health for our patients. Culturally, people have been accustomed to doing testing in the conventional model of care and so this idea of testing and getting results is not foreign to patients. It is welcomed.

Unlike a blood test, HMA gives us an analysis of the mineral activity in the body over a period of several months. These extended profiles have found use in conventional medicine like the HbA1C marker which assesses sugar metabolism over the past three months.

Let me share a patient case with you in hopes that you gain greater wisdom and comfortability in running HMA with your patients. You may have had a similar case in your practice or maybe one is on the way!

I proceeded to ask her pertinent questions regarding her chief complaint and conducted a preliminary review of systems. I knew that there was a possibility of mineral deficiencies due to malabsorption caused by irritable bowel conditions often associated with Crohn’s. Mineral deficiencies may also increased her risk of toxic elements building up in the body.

When I ask J.P about her diet, she mentioned that she had been eating canned tuna 3 times a week for almost 5 months now. I spoke to her about the risk of mercury toxicity in canned tuna and let her know that her symptoms may be attributed to mercury toxicity. This is where I began to speak about the HMA test. I showed her a sample report and explained to her what this test would show us in ruling in or out mercury toxicity. I also proceeded to let her know that stress, poor diet and inflammatory bowel disease does impact her mineral metabolism and this test would show us if she is getting enough minerals and absorbing them effectively. We proceed with the test as she was eager to have the test sampled and reviewed. She was also very happy to know that it was a quick snip of her hair and I didn't have to take blood.

It is not uncommon that individuals with IBD have low iron due to internal bleeding and low selenium levels due to malabsorption associated with IBD. In general, selenium deficiencies have been observed in many patients because of the low soil levels in Ontario, and America in general, that translate to low levels in our diets.

Although the pathophysiology of IBD is multifactorial in origin, dietary selenium (and selenoprotein) deficiency exacerbates experimental colitis by affecting various signaling pathways involved in inflammation and oxidative stress. It has also been shown to alter the gut microbiota. (Am J Physiol Gastrointest Liver Physiol. 2015 Jul 15; 309(2): G71–G77) It has been observed in several epidemiological studies that selenium status is inversely associated with IBD severity and colon cancer risk. Such an effect may be partially due to selenium's ability to polarize macrophages from a M1- to M2-like phenotype, therefore alleviating inflammation and enhancing resolution of epithelial damage in the gut. Among the various cellular pathways, the ability of selenoproteins to effectively shunt the eicosanoid pathway contributes to decreased inflammation along with enhanced wound healing. 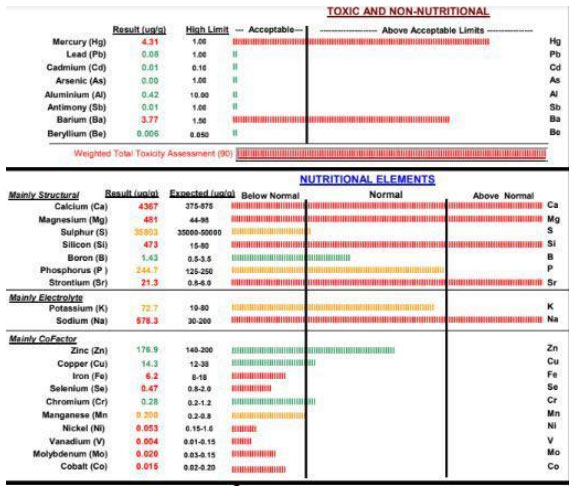 Selenium is an essential element that has a role in the formation of T3 in the thyroid, glutathione peroxidases, and a large number of selenocysteine containing proteins. The presence of selenium in the body is essential for antioxidant defences, immune responses and proper thyroid function (Zeng 2009;Rayman 2012) The daily recommended dosage of selenium is around 50-55mcg per day. This is equivalent to 1 Brazil nut per day. The latter is the food source with the highest selenium content. It varies from 50-90mcg depending on the soil it was grown in. In a document from WHO discussions regarding selenium deficient diets (WHO expert consultations on human vitamin and mineral requirements, Chapter 15) they saw muscle weakness and congestive heart issues that were quickly resolved by supplementing selenium.

The most important issue regarding supplementation of selenium is the selenium must be in a bioavailable form (bound to methionine or other amino acid). Elemental salts of selenium are not well absorbed and pass through the body without much benefit. I have seen patients taking supplements of selenium that were not bioavailable hence no health effect. On the other side remember too much of a good thing can be bad. There was a supplement sold in the USA (Arc Intern Med 2010:170,256-261) where the supplement being taken had a 200 times higher concentration than that on the label. The product label indicated 200 mcg per fluid ounce. The upper limit for selenium intake would be between 400-500 mcg/day so the individuals taking this supplement suffered from the toxic effects of selenium. The symptoms included diarrhea, fatigue, hair loss, joint pain, nail brittleness and nausea. One person was hospitalized. The quality of the supplements being offered is critical to any treatment.

Back to my case study:

After starting the treatment and returning to my office 3 weeks later, J.P returned with a smile and feeling better. She reported feeling "back to myself". She was able to focus at work and remember tasks. She was very grateful to me and I was very grateful for such a great test to use for my patients. On her follow up visit, I began counseling her on stress management (I will discuss the devastating effects of stress in a future article), nutrition and alkalizing her diet for bone health and overall wellness. I did suggest daily multiminerals for her to replenish her deficiencies as well as a probiotic to help her gut function. We did a retest 6 months later and found no traces of mercury.

Patient success I say! This is just one case of many that I will share with you all.